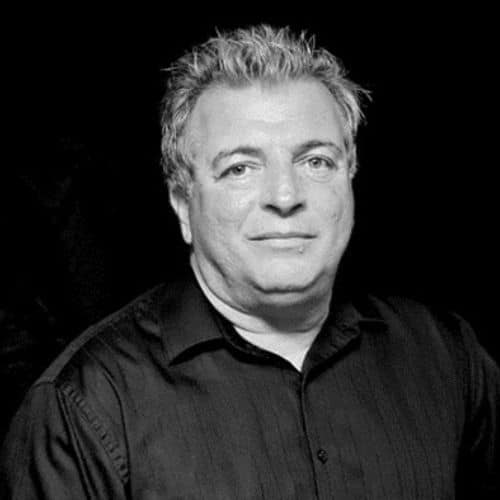 Tom began his music career at the age of 12 years old playing in a three-piece band with kids from the LaSalle neighborhood he grew up in. He performed his first public singing performance on the last day of school assembly in 1971 at Prince of Peace School singing Joy to the World by Three Dog Night which 45 years later he would sing the same song in a Three Dog Night Tribute band ELI.

After a number of garage bands Tom was asked to be the lead singer of a up and coming local cover band Tunnel which featured very seasoned and older musicians who were playing the local dances and were ready to play clubs. Earning $80 dollars a weekend playing dances and more for club work, Tom’s dad would bring him there and stay until he was finished. Being so young, his parents did not want to see him doing what he was doing at that young of age. So he had to quit Tunnel, but was not long out of a singing job. He hooked up with his grade school friend Kevin DeDario and was became the singer and front man of a Rock band named Myopic Void. Once again he was playing all the teenage dances all over town. As soon as he graduated from LaSalle Senior High School in 1976, Tom formed what would be one of his most successful bands of his career; Night Shift. Not only were they one of the biggestdrawing bands in Niagara Falls but throughout Western New York. They had opened for The Police, The Cars, Steppenwolf, and Cheap Trick to name a few. Night Shift toured steady from 1977 to 1980 playing 38 states across the country. After coming of the road for good in 1984, Tom settled down to a ten-year hiatus from performing and went to college attending NCCC for Culinary Arts.

After owning two bakeries and a café, Tom wanted to get back to his roots of music and started by doing a few reunion shows with Tunnel and Night Shift and the bug was back. But in 2003 Tom was diagnosed with cancer. After successful treatments, he was healthy and cancer free and returned to the stage with a popular Buffalo band Flipside. After playing a solidschedule for two years, Tom decided in 2006 to put a new band together with the best of the best and named it The A-List Band. They have been performing ever since. With well over 1000 shows, the band is still going strong playing to capacity crowds. Tom says “I wouldn’t have it any other way.”

It is a great pleasure to welcome Tom Gariano into the Niagara Falls Music Hall of Fame Inaugural Class of 2017.