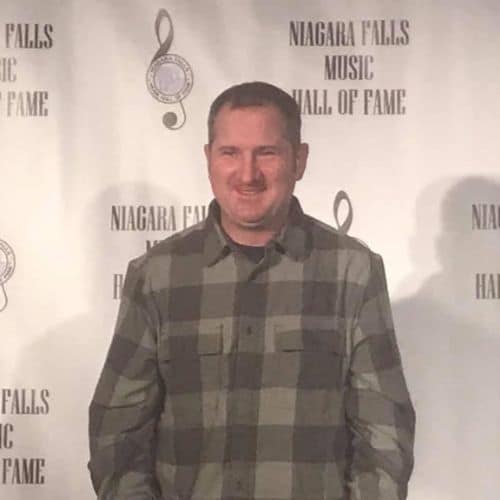 Tom Proctor, who is a native of Niagara Falls New York has been playing guitar for over 33 years. For the past 15 years, he has performed  throughout Western New York as a solo act and with acoustic groups in clubs, festivals, special ceremonies and national sporting events. His band, Acoustic Mile Trio was the recipient of the 2012 WNY Music Award for Best Acoustic Artists. In addition to being a musician, Tom, founded and hosted THE THOMAS LOOP RADIO SHOW™ on WJJL and All WNY Radio. His show was broadcast from the Niagara Arts & Cultural Center (NACC) on the radio and on-line, winning the WBNY/93.5-WNY Music Award for Best Broadcast/ Podcast in 2012, 2013 and 2014; the first ever on-line show to receive the award. It was up against three other on-line shows and over 20 AM/FM radio stations. His show featured interviews with a variety of local musicians to include tracks of their music as well as on-air musical performances.  Tom also has a website, a YouTube Channel with over 500 videos and has written for various media sources; ALL promoting local musicians, venues, festivals, promoters and sharing the diverse musical history of Niagara Falls.  Tom Proctor has also been a host and emcee for numerous events such as the NF Music & Arts Festival, Boots Brews and Bacon, the $10,000 Battle of the Bands at Seneca Niagara Resort & Casino, and many music and sports charity events. He is an award-winning runner, who continues his involvement in the sport, acting as Master of Ceremonies at local 5k races.  He was the Public Relations person for Niagara Rises, a volunteer-run organization that promotes the Niagara Falls community and events. Several times, Tom has been awarded for his community service.

Now it is with great pleasure that we honor Thomas F. Proctor, IV with the 2020 Niagara Falls Music Hall of Fame Sam Morreale Music Award.