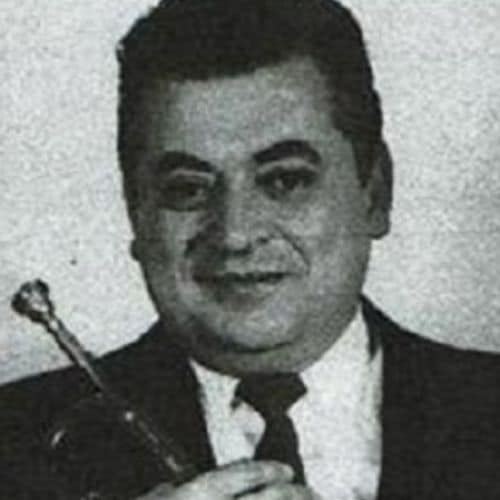 The sound of music was always an important part of Sal’s life. His father taught him how to play the trumpet at the age of four. When he was five years old, his first job was playing at a funeral where he walked and played in a customary funeral band. In 1930 at the age of 16, he joined the musicians’ union. From that time forward, he played professionally until 1993. In the 1930’s, Benny Goodman offered him a job, but Sal declined because of his desire to be near his family. For 63 years, Sal performed in many local venues to include Artpark, Shea’s Buffalo, Melody Fair, the Ice Capades and Follies, the Shriners Circus, BPO Pops Band, and at Elvis Presley’s debut in Buffalo in 1956. Sal played at many wedding as well as for many celebrities and events in the Niagara Falls area. He was an officer in the Musicians Union Local #106 for 46 years, of which 38 years he served as the Secretary Business Agent. Sal’s wife Mary (Vivirito) also helped out working as a secretary for the union. He retired from this position in 1995. Sal also taught private lessons to many students in the area, some of which became professional musicians. He belonged to many musical organizations and received many awards, fittingly one was a brick at Columbus Square inscribed “The Music Man”. For 39 years, Sal was employed by Oldbury Chemical which later became Occidental, but playing his trumpet professionally and his involvement with the musicians union were a sense of joy and pride for him. He truly loved music.