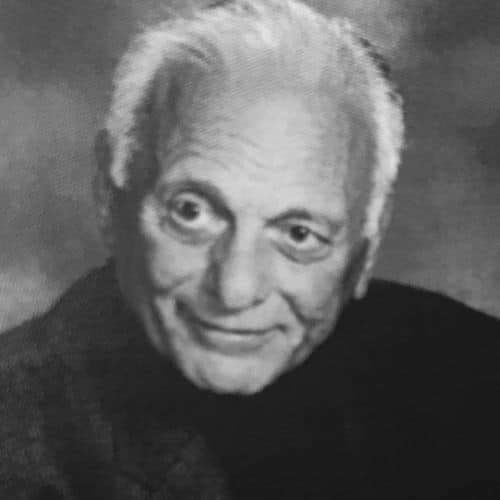 Ronald L. Corsaro Sr., a musician, composer, arranger, teacher, and coach, began his musical journey playing the piano at teen dances and the Ontario House among other popular hang-outs in the 1950’s. He was a member of Joe Marillo and the Rockets performing around town and on the road. In the 60’s he formed his own group, the Ron Corsaro Trio with regular performances at many local nightclubs, and in later years released a number of original composition recordings. He also composed/arranged and played with many local singers such as Lori Marucca, Hank Hammond and Rose Carella. In the late 60’s, Ron created a workshop big band called ‘Ron Corsaro’s Jazz Experience’ where he was the composer and music arranger. The band, who performed locally, was created for local musicians, offering them the opportunity to work together and improve their musical skills. In the 70’s, he created the Upstate Express Septet, who played for many years and headlined the 14th annual Lewiston Jazz Festival. In 1977, he directed The Artpark Allstars, who performed at the first annual Artpark Jazz Festival. With Dick Soluri, Ron started the Village of Lewiston Jazz Project. For over 20 years, he composed and arranged music to showcase local and national musicians with special performances featuring high school music students. For 14 years, Ron was the Musical Director of the Lewiston Jazz Festival, a nationally renowned musical festival that features over 150 musicians and close to 50 performances over a two-day weekend. He helped organize and promote the Ontario House Reunion Jazz Concerts with proprietor Robert Minicucci. Ron was a composer and arranger for the Niagara Wheatfield Jazz Band also providing jazz workshops at local high schools that involved various local and national Jazz musicians. He composed and arranged vocal music for church and school choirs as well as performing at fundraiser concerts in support of youth mission work at Christ United Methodist Church. He also composed music for the Buffalo Jazz Ensemble, University at Buffalo Jazz Ensemble and the Buffalo Philharmonic Orchestra. On a national level, Ron toured with the Tommy Dorsey Band, composed music for ‘The Tonight Show’ and for two of Tommy Tedesco’s albums; ‘Autumn’ and ‘When Do We Start’. Ron received many accolades for his outstanding compositions. His album ‘Dream Suite’ was nominated for a 2002 Grammy. He was awarded three ‘Best Composition’ awards for his original composition ‘Desert Heat” at several national jazz festivals. He received four stars in ‘Downbeat Magazine’ for his album ‘Boun Natale’. He was listed on the ‘2012 Top 400 Jazz Instrumental Albums in the USA’ for his album ‘You Do Something To Me’. In 2015 he was awarded ‘Jazz Ambassador of the Year’ at the Lewiston Jazz Festival. He received the ‘Best Composition Award’ at the Radio City Collegiate Jazz Festival for ‘Porgy & Bess Jazz Suite’. Ron Corsaro will always be remembered for his love of family and his dedication to music and the promotion of jazz.

It is with great pleasure to honor Ronald L. Corsaro and his legacy in the Niagara Falls Music Hall of Fame Class of 2018