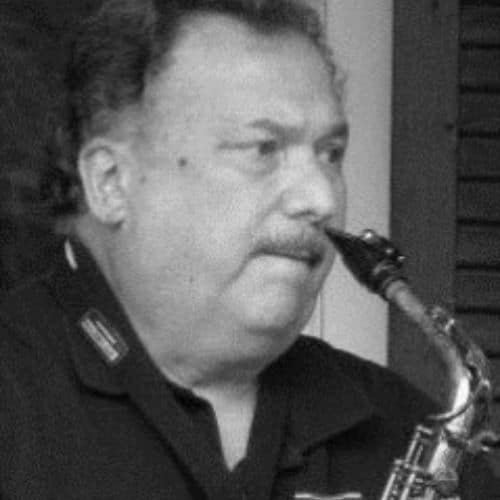 Raymond Corsaro, a lifelong resident of Niagara Falls was a longtime advocate for live music in the city. He was a member of the Musicians Local #106 for many years and also served as a president. Proficient with the alto, tenor and baritone saxophones, along with the clarinet and flute, he was a member of several local bands over the years. With his brother Ron, they performed as the Corsaro Brothers Big Band. He was a member of the Joe Mangione Big Band, Jack Lis’ Big Band and Alex Rene’s Big Band.

After graduating from Trott Vocational High School in 1960, he teamed up with friends Paul Mokhiber and the late Tony Finelli to form a band and then years later reunited and formed the band Second Generation which also included Jim Wilson, Vince Ciraolo, Peggy Scalzo and Joe LaPaglia. He was employed with the Carborundum Company and also worked for Nuttall Gear in Niagara Falls, NY. In 2002, he retired after 30 years of service from the Army National Guard, where he was also a member of the 199th Army Band. Ray fought a long, hard battle with cancer but continued to perform publically whenever he was able until he lost his battle with cancer in November 2011.