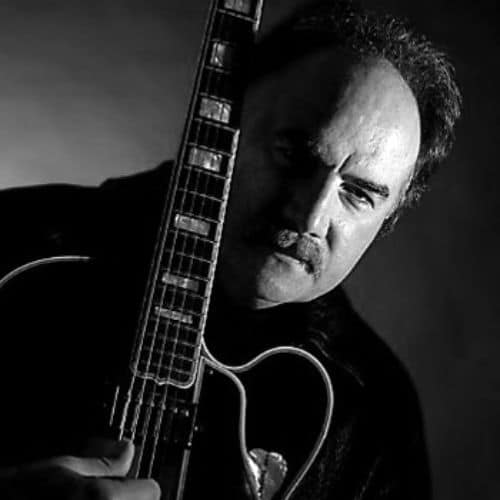 Ralph Fava, a 1981 graduate of Berklee College of Music, dedicated his life to music with joyful enthusiasm. His great love for music and love of family brought him back to Western New York in 1985. He and his wife, Kathleen settled in Lockport and soon after founded the Lockport Music Center. For years, he worked diligently and grew the business teaching hundres of students and offered guitar clinics featuring Tommy Tesdesco, Michael Stern, Mark Elf and Jorge Casas, Musical Director of Gloria Estfan’s Miami Sound Machine. In 1995, the Lockport Music Center relocated, the business expanded with more students, retail sales, instrumental rentals and repairs. Ralph believed hard work is the true answer to success. Ralph worked hard and enjoyed every moment, realizing that life is short and it should be experienced fully. He balanced his family and professional life with Kathleen and their daughters Katherine and Maria. He shared with anyone who cared to listen “God blessed me with talent”. He never
waivered from his belief. He practiced relentlessly…perfecting his skill; and told his students to “practice only on the days that you eat!”. Ralph performed as a “first call” guitarist for many celebrities who came to Western New York; Rich Little, Susan Anton, Wayne Newton, Mary Wilson, Bobby Vinton, Debbie Reynolds, Donald O’Connor, Tennessee Ernie Ford, Jim Nabors, Connie Francis, Shari Lewis, Don Rickles, the Drifters, Al Martino, Jerry Vale and regional greats Bobby Militello, Bobby Jones, and Carmen Intorre, Jr. to mention a few. Ralph performed throughout WNY with Bud Fadale and Dan Hull as the Ralph Fava Trio for many years. He greatly enjoyed playing the Olcott Beach Jazz Trail and Lewiston Jazz Festivals. He served as President of Local 97, Lockport Federation of Musicians and was an active member of Local 106-209 Greater Niagara Musicians Association. Ralph graduated in 1971 from Niagara Falls High School, but started playing guitar at the age of eight. Into his teen years, he drew inspiration from Elvis, the Beatles, Jimi Hendrix and his first guitar teacher Charlie Chiarenza. As a masterful jazz guitarist, Ralph attracted many fans over the years. His God-given talent grew as the years progressed. His dedication to his craft and enthusiasm inspired many. It has been said that “Ralph Fava was one of the greatest jazz guitarists to ever come out of Western New York.”