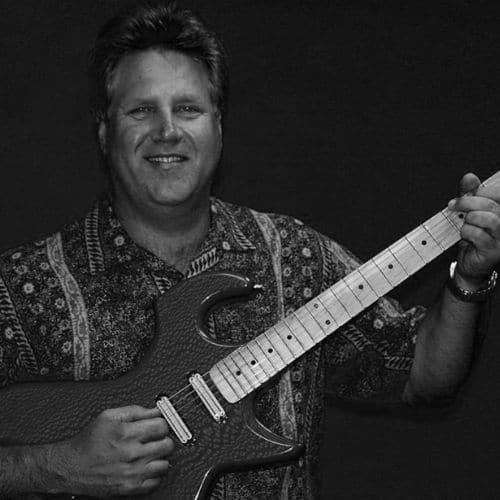 Perry Novak, born and raised in Niagara Falls New York, started playing guitar when he was young and continued professionally throughout his adult life as a lead guitarist, vocalist, songwriter, producer, sound engineer, guitar teacher and a luthier. For 21 years he worked at Grizanti Music, where he taught many prominent local musicians to include 2017 Inductees Jamie Holka, Bruce Wojick as well as the talented Nori Bucci. In his young playing days as a lead guitarist and vocalist in the 70’s and 80’s, he was an essential member of many ofWestern New York’s popular bands. Among these were The Back Page, Myopic Void; with 2017 Inductee Tom Gariano, Eden, TaTa Swan; with fellow inductees Mark Dixon, Carl Filbert, Jack Gavin and Marcangelo Perricelli, Black Widow, The X-Rays, The USA Band; with fellow inductee Frank Geracitano, Sidewinder and The Wizards of Rock. Perry also formed his own group, The Perry Novak Band and played as a duo with Bob Volkman. His musical versatility is seemingly endless playing bass guitar, keyboards, banjo, mandolin and trumpet. He has been the opening act for Eddie Rabbit, Juice Newton, Steve Warriner, Spyro Gyra, Glen Campbell, Joe Ely and Mark Chestnut. He performed on two Variety Club Telethons, three Summer of ‘69 Concerts, several Niagara Falls Fire Department telethons, twice on the local television show AM Buffalo, and with his band, he performed at Melody Fair and at Nabisco’s 100th Anniversary Celebration hosted by Dick Clark on Goat Island in Niagara Falls. Perry also produces and writes his own material. His original song ‘Waiting Up for Santa’ has been featured in national television shows to include ‘The Osborne’s’, ‘The Young and the Restless’, and several Lifetime
movies; ‘I Saw Mommy Kissing Santa Clause’, ‘Angel in the Family’, ‘The Dog Who Saved Christmas Vacation’, ‘The Christmas Proposal’, and ‘A Christmas Wedding Tail’. He played guitar in the Show Scan 3D Movie ‘Niagara Wonders’ and also played the part of the cab driver host in ‘Cash Cab’ for the TimeWarner Convention in New York City in 2016. Novak has produced several commercial jingles for various pharmaceutical companiesin New Jersey and New York City as well as the New York State Parks Commission. He is currently registered as a member of ASCAP, both as a writer and publisher. Perry, with his wife Kim, has a home in the Town of Niagara but mainly resides in Bridgewater New Jersey where he is employed as a superintendent for Sevenson Environmental Services. In addition to making music and working his full-time job, Perry also builds custom made
guitars. He has his own YouTube channel, ‘Guit Wild Guitars’ with a series of episodes followed by almost 7,000 viewers. Guit Wild Guitars was featured on ABC’s Eyewitness News in New York City.

It is with great pleasure to welcome Perry Novak as a member of the Niagara Falls Music Hall of Fame Class of 2018.