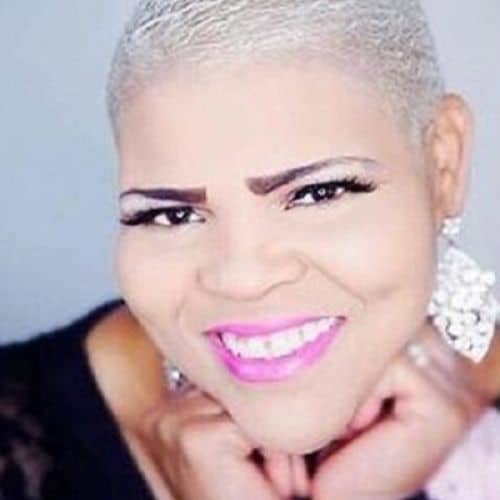 Marsha is a talented singer, recording artist, actress and entrepreneur from Niagara Falls, New York. She attended local schools and was listed in the 1984 book, ‘Who’s Who in America’. As a singer, Marsha has performed in many venues from clubs, churches, concerts, theaters, cruise ships, and many more. As a singer, she as appeared on the Bobby Jones Gospel Television Show, the longest-running original cable show airing on the Black Entertainment Television Network and the Tom Joyner Morning Show, a nationally syndicated radio program airing on urban adult contemporary stations across the United States. She has performed with national recording artists David and Tamela Mann, Michael Bublé, Kim Burrell and Yolanda Adams; and hob-knobbed with entertainment greats Tyler Perry, Bobby Brown, CeCe Peniston, and Luenell. Marsha even led a Gospel choir down the runway at Fashion Week in Toronto, Canada. In 2015, Marsha released her first CD entitled ‘Blue Sky Blues’. In 2019, Marsha was named the Female Artist of the Year from Power 96.5 FM Radio and won the Black Music Month Conference Award. As an actress, Marsha has appeared in the movie ‘First Impression’, currently on Netflix. In 2015, she won an acting contest on the Tom Joyner Cruise which led to an appearance in Tyler Perry’s TV show, ‘If Loving You is Wrong’. In 2018, she performed on stage at ArtPark as Athena in the musical production of ‘The Odyssey’. More recently, Marsha has been displaying her vocal influences of Etta James, Aretha Franklin, Tina Turner, and Gladys Knight at venues all across Western New York. In addition to being a singer, recording artist, actress and owning her own salon; McWilson’s House of Beauty, as a hair, makeup and wardrobe stylist; Marsha is also a motivational speaker, a musical minister and an evangelist. Marsha co-hosts a radio show on WUFO-Buffalo. She coordinates cancer awareness and prevention events for the Lasting Education for Women, Adults and Children (LEWAC). Her giving spirit earned her the 2002 City of Niagara Falls Humanitarian Award. Marsha continues to volunteer throughout the Niagara Falls school system, speaking to children about making good choices in their lives. She has received numerous awards for her singing and humanitarian work, and has been the topic of many articles in local newspapers and national magazines. Marsha has been married for 27 years to Howard McWilson and the proud mother of two sons.

It is with great pleasure to welcome Marsha McWilson as a member of the Niagara Falls Music Hall of Fame Class of 2020.