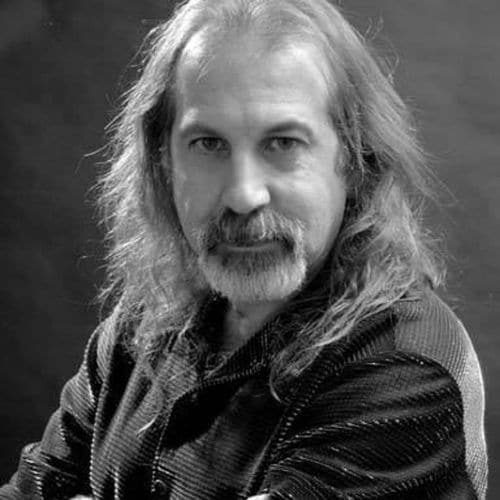 Raised in Niagara Falls New York, Marcangelo Perricelli quickly became one of this area’s premium keyboard players. He has performed in Western New York and on the road along the eastern coast of the United States for over 45 years with the bands Tarkus, Aurora, Payne, TaTa Swan, Black Widow, Avalanche, Pleiades, Navigator, CPSW, Irish Wake Band and as a solo artist and with his own Marcangelo Perricelli Band. He has performed with many talented musicians from Niagara Falls to include fellow inductees Mark Dixon, Carl Filbert, Perry Novak, Frank Geracitano, Rick Catanese, Chris Critelli as well as future hall-of-famers Bob Piper, Dennis Fura, Spike Mickens, Lew Bowman and Ed Supple. Marcangelo’s music versatility is boundless. In addition to being a keyboardist and vocalist, he is a published songwriter, a composer, producer, orchestrator, recording engineer, manager, studio owner, music consultant, and graphic designer. He plays the piano, synthesizers, guitar, drums and the violin. He is a member of Broadcast Music Inc. (BMI) and the American Composers Forum.

In 1980, he started Masterson Records and Entertainment, becoming a marketing executive as well as vice-president of distribution and sales for the Time Warner Record Group (Warner Bros/Electra/ Atlantic). In 1983, Marcangelo co-wrote a song for Kool and the Gang. He produced promotional jingles for NCCC and incidental music composed for television and aired on TLC, Science Channel and PBS. Marcangelo’s songs have earned him 7 gold and 4 platinum RIAA record awards, as well has having over 160 published. In 1998, he released the first Pleiades’ record on the Masterson label that earned him accolades in the ‘Prog Rock’ world. Marcangelo’s music receives considerable amount of airplay on internet radio as well as a number of AOR and AC stations across the United States. He has been featured in Progression Magazine. Marcangelo has also been collaborating and orchestrating pieces with progressive rock vocalist and YES founder Jon Anderson for the last ten years. From 1998-2014, his band Navigator had international success while touring and opening up for Kansas, Eddie Money, Flower Kings, Steve Howe and Nazareth. He has also promoted and licensed solo tracks of ‘New Age/Ambient’ and background music for a number of platforms to include film and video, which also have had international success with CD’s sold throughout Europe. Through his company Masterson Entertainment, he has promoted and supported his own bands to include Navigator and SIXXIS as well as others such as Lattie Taylor, Kansas, Derek Warfield, Rocket Scientists, Tiles, and Cracked Alley. He is the sole proprietor of DarkArch recording studios. Like many others, Marcangelo’s music influence started in the early 60’s after seeing The Beatles on the Ed Sullivan show. But it was in the eighth grade, after hearing a recording of Beethoven’s Fifth Symphony and viewing the original manuscripts in the liner notes, when he knew he was born to be a composer/musician. Music IS his obsession.

It is a great pleasure to welcome Marcangelo Perricelli as a member of the Niagara Falls Music Hall of Fame Class of 2018.