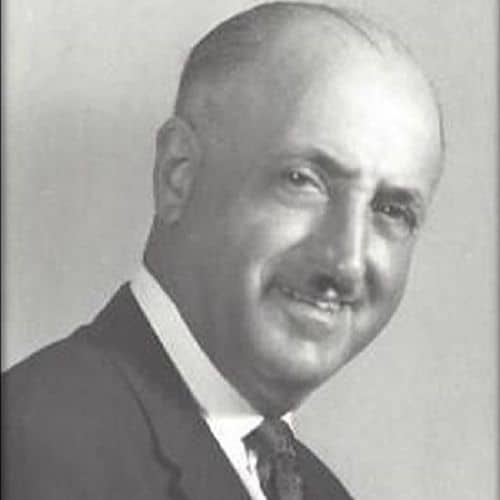 John is legendary for his work, talents and contributions to the local music scene. A native of Niagara Falls, John was widely known as “Mr. Music.” For over 70 years, he was a talented and respected musician, songwriter, music teacher and music store owner. When John was a teenager, music lessons and buying an instrument were unheard. So he worked clearing tables at Louis’ Restaurant on East Falls Street to save and buy his first banjo and taught himself to play. Later, John had a banjo custom made with his name engraved on it; all gold plated, pearl-laden and embellished with rhinestones. At age 15, he was playing with big bands such as Tommy Brick, Earnus Whistler and Edward D’Anna. Not having written music parts for a banjo player, John played it all by ear.

He has been noted to have played about 2,000 songs without reading any sheet music. John also played the guitar, mandolin, organ, piano, and electronic keyboard. He formed his own bands in the 1930s and 1940s, playing in such nightspots as the old Hotel Niagara, the Cataract House and the Armory on Main Street. In 1941, he and his 12-piece band, then called the Samovar Gypsies were the house band at The Samovar, a popular nightclub on Whirlpool Street. They performed the opening tune for WHLD radio station. In the 1980’s and in his late 80’s, John played banjo with the Lew Custode Unauthentic Ragtime Dixieland Band. John was owner of Morell’s Music House for 35 years, where he taught guitar to many students including Tommy Tedesco. He also wrote about 40 songs, including “Niagara Falls USA” and “Our Town”. Among his early bands were
Morell’s Plectrophonic and Hawaiian Orchestra,” in which all instruments were played with picks. He was instrumental in bringing the 1941 convention of the American Guild of Banjoists, Mandolinists and Guitarists to Niagara Falls. John has left behind a legacy of music with grandchildren and great grandchildren throughout the country, whom are accomplished musicians. John’s daughter Ann Franjoine, who is now in her 90’s still lives here in Niagara Falls.