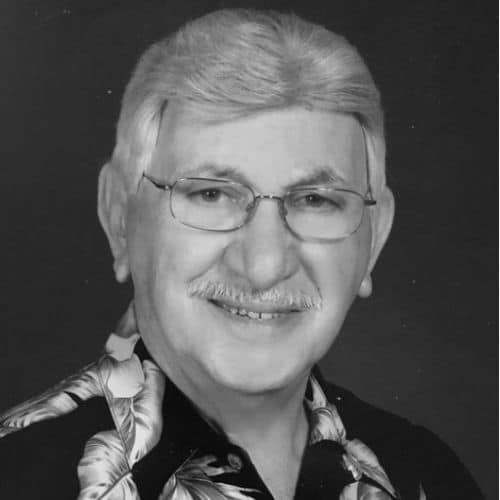 John or “Johnny” as many knew him loved playing his sax; it was his life! He started playing by ear at the age of nine, then started lessons and soon began playing publically at the age of twelve up until he retired at the age of 82. At the age of 16, he traveled with jazz artist, Bert Niosi, to Toronto performing at the Palais Royale. From there he went to California, performing with many famous artists to include Johnny Long, Horis Height, Desi Arnaz and Freddie Martin.

During World War II, John served in the United States Army Air Force. While stationed in Guam and the Philippines, he performed with the Glenn Miller Band when he met Paul Tanner, son of his commanding officer. John was asked and then organized the 20th Air Force Band, whose purpose was to entertain troops in the Islands, which he did until his honorable discharge in Upon returning to Niagara Falls, John resumed performing locally at the Town and Glen Casino, the Plantation House, the Bona Vista and Niagara University. He also performed throughout Canada and the United States at many national venues such as the Miss USA Pageant, the Lipizzan Horse Shows, the Brock & Prudhomme with Bob Carpenter as well as many others. John played behind quite a few big stars to include Pat Cooper, Danny Thomas, Liza Minnelli and Robert Goulet. John Barbera worked for the Niagara Falls Board of Education and the Plaza Tower North in Hollywood, Florida, but his true passion in life his music and he had fun playing it. He was a regular jokester and he could really make his sax talk. His music came from the heart and soul.