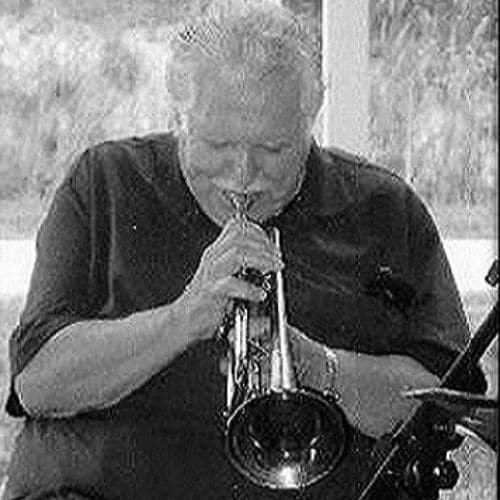 Joseph Leo was a lifetime resident of Niagara Falls, New York. A child prodigy in music, Joe had ‘perfect pitch’, a gift from God. Joe’s music career span over 75 years beginning as a charter member of the Center Avenue School’s first band in 1931. During World War II, he served in the U.S. Army Air Corps and was the featured trumpeter with the 514th U.S. Air Force Band under Glen Miller. As a professional trumpeter, Joe played for many big dance bands such as John Morrell, Evan White, Ernie Whistler, Cliff Fielding, Vince Colling, Pete Genovese, Don LaScala, and the Hal Palumbo Band. He performed in a variety of local venues to include the Red Coach Inn, Luigi’s Night Club, the Rhapsody Club, Buena Vista, the Whirlpool Nite Club, the Ramada Inn, and the Alps Restaurant. Joe was a gold card member of the American Federations of Musicians Local 106 since 1938.

Joe was a 1940 graduate of Niagara Falls High School. He attended Bryant and Stratton and the Buffalo Radio and Television School. In addition to performing as a professional musician, he worked for TNT Construction, Olin Chemical, Carborundum and in 1984 retired from the Niagara Falls Board of Education after 25 years of service. Together with his wife Mary, they enjoyed traveling and spending time with their family. Joe passed away on July 31, 2016. The next day, his family found a note he wrote, “Death is the joyous awakening from a life-long dream”