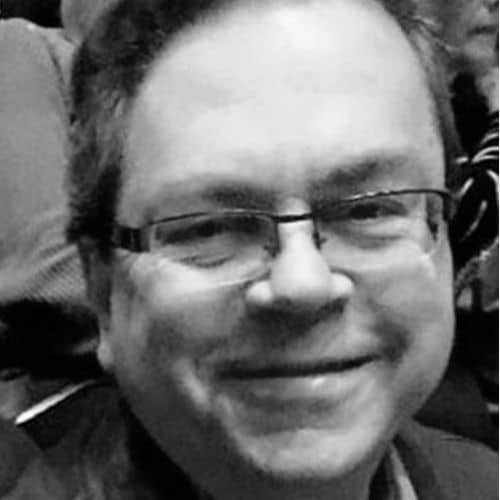 Jeff Jeckovich, keyboardist, singer, songwriter, and composer has a decades-long career as a full-time musician, encompassing wide-ranging styles and many differing aspects of music. His musical endeavors range from rock to classical, including directorships in liturgical music and teaching music. He has performed and recorded in numerous rock groups and has released three full-length albums of original compositions with his group, This Vehicle, as well as a solo single, and a This Vehicle Christmas single, all of which are currently available worldwide on Interscope Records, Amazon and Itunes. Jeff also performs in popular, jazz and classical styles both as a solo artist and accompanist. Starting with his high school band, Badge, Jeff has led or co-led many bands. In the mid 70’s, his band, Ivory Tower recorded and performed throughout the Eastern United States and Canada, followed by Vienna and then Broken Silence, a regionally successful group who performed and recorded throughout the 80’s, featured multiple times as part of 97 Rock’s ‘Buffalo Hall of Fame’ radio segment and was nominated for several Buffalo Backstage Magazine Awards. They gained much airplay on the radio and were also included on radio station compilation albums, ‘97 Rock Buffalo Rocks–Vol 2’ and ‘The WPHD Homegrown Album’. Later Jeff formed the band Lix, and then his current band, This Vehicle, who have been performing throughout Western New York since 1985. This Vehicle features Jeff and his brothers Jim and Lew playing rock favoritesfromthe past several decades along with their own original music. This Vehicle’s songs have also been featured on Buffalo radio programs and WBYR compilation album of local artists. Jeff also performed in other bands to include The Promise; an original rock/new wave group who were showcased at the Bottom Line, in New York City for Elektra Records, One Big Magic; an original rock group, FlipSide and Perfect Storm, bother cover bands, all who performed throughout WNY. Jeff also records as a solo artist, where he composes songs and performs all vocals and instruments utilizing multi-track recording techniques.

Jeff holds a Master of Arts in Music Theory, Bachelor of Fine Arts in Music Performance, Bachelor of Arts in Music, and a permanent New York State Teaching Certification in Music. He is currently the Director of Music Ministries at St Vincent de Paul Parish (Prince of Peace and St. Leo’s) in Niagara Falls and also the Music Minister at St. John the Baptist Parish in Kenmore. Previously, he was Music Director at Holy Family Parish (St. Joseph’s) and Divine Mercy Parish for 26 years, and has held the position of Director of Music and Liturgy at Canisius College. He has performed solo classical piano and accompanied a vocal soloist in the Women in the Arts concert series at Historic Holy Trinity Church. For several years, he served as piano accompanist for the Echo Chorus of Niagara Falls and performed classical organ works at the Polish Singers Alliance of America concerts. He was also a musical director and pianist at the NACC’s Wooden Box Playhouse. Jeff has taught music at Erie Community College and is a retired tenured music teacher from the Niagara Falls City School District (Gaskill, Hyde Park, 60th Street and Niagara Street). He taught piano and music theory at Community Music School in Buffalo and at the Music School of Niagara in Niagara Falls.

It is a great pleasure to welcome Jeff Jeckovich as a member of the Niagara Falls Music Hall of Fame Class of 2018.