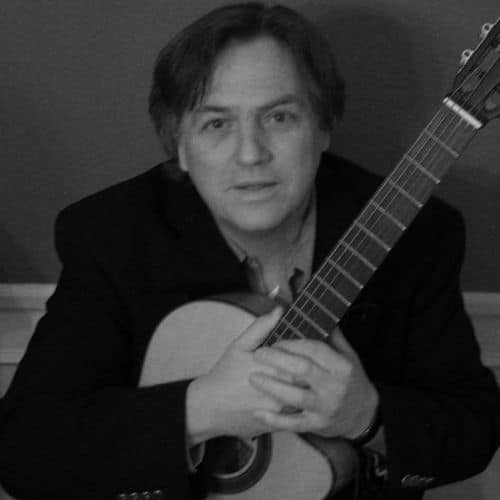 James Jeckovich is a Niagara Falls guitarist/vocalist who plays classical, pop, jazz, flamenco and rock solo guitar and has been a key performer in many area bands since he was a teenager. Starting out with his older brother Jeff in 1975, he was a guitarist and singer in his band Badge, followed by Ivory Tower, Vienna, Broken Silence, Lixx and currently with This Vehicle, who have been performing together since 1985. James has also performed with fellow inductee Carl Filbert in The FunZone, the Carl Filbert Band, with Jerry D’Amico’s Brimstone, occasionally with Past Masters, a Beatles Tribute band and currently with the USA Band with fellow inductee Frank Geracitano. James has performed in clubs and concert venues throughout Western New York to include the University of Buffalo, Niagara County Community College, Niagara University, Melody Fair, the Niagara Falls Convention Center, Stage One, After Dark and many more. With This Vehicle, he and his brothers recorded and released three full-length albums of original compositions and a Christmas single, all of which are currently available worldwide on Interscope Records, Amazon and Itunes.

While in the band Broken Silence, they performed and recorded throughout the 80’s being featured multiple times as part of 97 Rock’s ‘Buffalo Hall of Fame’ radio segment and nominated for several Buffalo Backstage Magazine Awards. They gained much airplay on the radio and their songs were
included on radio station compilation albums, ‘97 Rock Buffalo Rocks–Vol 2’ and ‘The WPHD Homegrown Album’. In 1989, Jim wrote the song ‘The Choice’ which was included on WBYR’s compilation album “The Bear” featuring local artists. This awarded the band free recording time at Select Sound Recording Studios. In 1991, he promoted and worked as a sound engineer for a Tommy Tedesco concert. From 1990-92, he played in a show “Hello Vegas” performing six nights a week. Jim is a multi-dimensional musician who plays the guitar, acoustic, electric and bass, keyboards, and harmonica as well as a vocalist. For 20 years, he was a guitar teacher at D’Amico Music and at the Music School of Niagara who taught many students to include professional musicians such as 2017 Inductee Jamie Holka, Scott Nichols, Lyle Lascelle, Bob Lee and many more. He has influenced many listeners and musicians guiding many through benefits of his own experiences. He has performed at many benefits to include
the Niagara Falls Firefighters Toy Fund Drive at Sal Maglie Stadium with the USA Band and as a solo strolling classical guitarist at the Niagara Falls Air Base for a ceremony that included Senator Hillary Clinton as a guest. James also currently performs as a solo act, regularly performing at The DoubleTree Hotel, the Four Points Sheraton and The Como Restaurant. He is a life-long resident of Niagara Falls New York. He and his wife Diana have raised three children and are the proud grandparents of three grandchildren. James and Diana are also both members of the Niagara Falls Teachers’ Association. He has taught high school and college level mathematics for 33 years and has been the Mathematics Department Chairperson for the past 19 years.

It is a great pleasure to welcome James Jeckovich as a member of the Niagara Falls Music Hall of Fame Class of 2018.