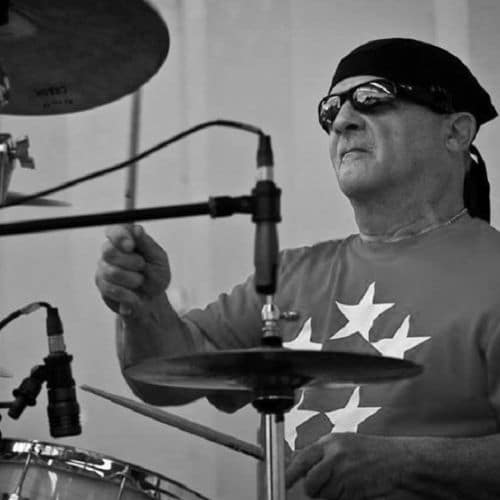 Frank Geracitano started playing drums when he was 9 years old. As a teenager in the late 60’s he started performing with the band Love Memorial at LaSalle REC dances, then Purple Gas at the Monte Carlo Lounge and Northwood Fantasy at the Pine Bowl Lounge. In 1968, he was in Heat Wave, a group formed by fellowinductee Carl Filbert with Rich DelZoppo, Marie Navarroli, Peggy Williams and Frank Fracassi. They competed in a local Battle of the Bands contest, won and then performed in a national contest in New York City that was televised on a show, similar to today’s American Idol, called The Sound of Youth, hosted by the legendary Duke Ellington. Frank has been an essential member of a long list of Western New York bands to include Liberation; who performed regularly at Duffy Dances and the Main Lounge, Penn West; who played at the Left Guard Club in Wisconsin, followed by Demian, Julius, and Aurora with steady gigs at the Armory Lounge, Tree House and Stardust night clubs. He was the drummer in the Buffalo-based groups Lance Diamond Band and Big Wheelie and the Hubcaps, performing steady gigs in Bradenton Florida. He was a member of the Perry Novak Band, when they performed at Melody Fair and at Nabisco’s 100th Anniversary Celebration held on Goat Island and hosted by Dick Clark. Frank’s beats can be heard on the 1993 recording of Perry Novak’s song “Never So Strong”. He played with groups Stargazer, Back in Time, The Carl Filbert Band and since 1983 he has been the solid back-beat drummer with the Fabulous USA Band. The USA Band opened for The Beach Boys in 2005 at the Seneca Niagara Casino. When playing with Back in Time, they opened forThe Association at Buffalo Raceway. In addition to playing the drums, Frank has also worked for J.D. Calato-Regal Tip in Niagara Falls New York for the past 25 years. He has represented RegalTip Drumsticks at corporate music events to include “The Big Beat” a drum forum sponsored by Buffalo Drum Outlet in Buffalo New York in which thousands of drummers andpercussionists in major cities across the United States were synced to play the song “Louie Louie” all together, nationwide, at the same time for a Guinness World Record. He also represented Regal Tip Drumsticks at a NAMM Show in Anaheim California, demonstrating various percussion products to prospective customers, while networking with various percussion industry professionals. Over the years, Frank has been a key component in various fundraisers. He helps organize and promote Summerfest at the Sal, an annual music fundraiser to support Niagara Falls Firefighters and their annual Toy Fund Drive. Other than being a drummer, Frank’s other talents include being an actor in a Lancaster Opera House performance of Tony and Tina’s Wedding; he was once a contestant on wheel of Fortune, and he composed a song rewriting the words to Paul Anka’ssong “MyWay” that was played onWGR, Clip Smith Show in regards to the Buffalo Sabres.

For his talent and remarkable contributions to the Niagara Fallsmusic scene, it is a great pleasure to welcome Frank Geracitano as a member of the Niagara Falls Music Hall of Fame Class of 2018