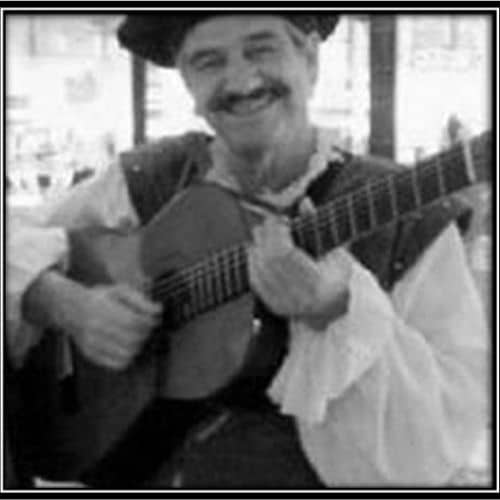 Emilio Giandomenico was a guitarist with a lifelong musical career. Born in Secinaro L’Aquila Abruzzi, Italy, he moved with his family to Niagara Falls in 1947. He was a graduate of Niagara Falls High School, where he embarked on his lifelong musical career. During the late 1950s through the mid-1960s, Emilio played at various events and locations with The Veltones, a Niagara Falls recording group that included talented musicians Ernie Venditti, Leo Davis and Calvin Briggs. Later he met up with fellow Niagara Falls musicians in Saginaw Michigan to join the group. The Impacts with Joe Campese, Jeff Palsone, Peter Paonessa, Vince Pecoraro and Ernie Venditti, who toured the midwest and onto Las Vegas. In the late 1960s, Emilio moved to Las Vegas, where he performed at several live-music establishments, and then became a resident musician at the Venetian Resort Hotel and Casino. In 2005, he appeared in the movie Miss Congeniality 2; Armed and Dangerous as a Venetian singer. Emilio performed alongside many other talented musicians throughout his career to include Bill Monigold, Cliff Fields, Vic Ball, Bill Bravo and Pete Simmons. They performed for such celebrities as Andy Williams, Janet Leigh, Henry Mancini and Jackie and Bob Kennedy.