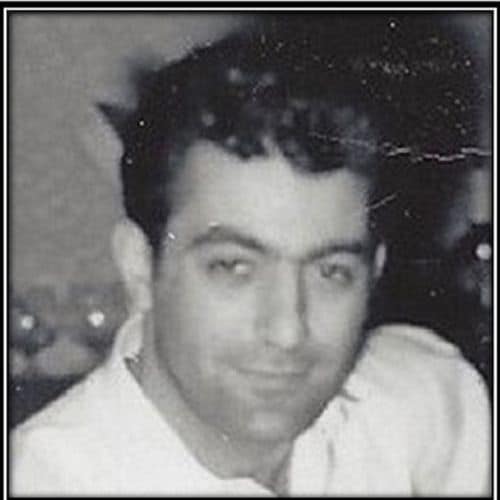 Ed Ghougasian was instrumental in promoting live music in the city of Niagara Falls, New York in the 60’s and 70’s. With his wife Mary Ann, Ed owned and operated The Club restaurant that was noted for having the longest bar in the state. Hiring bands from all over Western New York, Ed
has been credited for giving many local musicians their starts in the music business. His family owned the Main Restaurant and the Park Restaurant,
which he managed for his family before opening The Club on his own in The Club, located on Falls Street had a diverse customer base from the United States and Canada. Admired by his customers and employees, he was known as “Eddie by the door in the white shirt.” After The Club was torn down by Urban Renewal in 1973, Eddie took over and managed the Greens Restaurant at Hyde Park Golf Course until his untimely death in 1993. His legacy continues with his grandsons Eamon and Emory Weber, who now manage successful restaurants on Third Street that also feature live music.