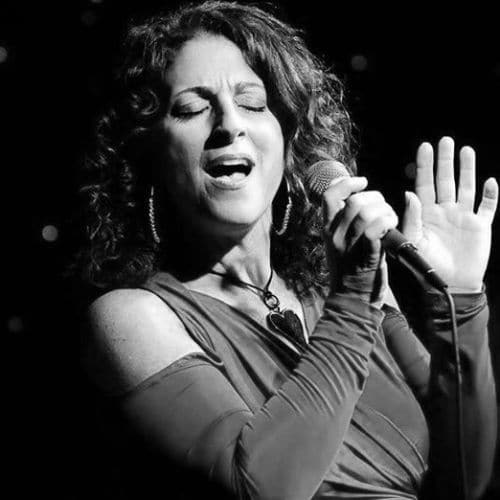 From Niagara Falls New York, DeeAnn has been performing since the age of seven along with studying piano, dance & guitar. Described as one of the best sought-after singers in this area, DeeAnn has graced small clubs to large venues with everything from solo to big bands. Her versatility reaches jazz fans, pop fans, blues, and country audiences and even church worship services. Raised in a musical family, learning standards that would eventually become her melodious bastion, she draws much of the early inspiration from when she was introduced to the vocal stylings of Buffalo Blue Note legend, DoDo Green, attended multiple jazz jams, and more often mimicked the smooth vocal stylings of her father, singer Frank DiMeo, who was a staple in both the local and larger community. One of her favorite past times is singing with her father. In 2015, they recorded her
first single ‘Unforgettable’. In the 80’s and 90’s, she performed throughout Western New York with the bands Trick, Freefall, London Fog (who also traveled & performed along the East coast), NRG and Brittany (both featured groups in downtown Buffalo’s Outdoor Concert Series), Straight Shooter, DeeDee Tompkins, solo artist and DD’s Ranch (a featured band at Buffalo’s First Night New Years Eve Celebration). As a country artist, she
recorded in LA and Nashville, performed at the Grand Ole Opry Park, Tooties Lounge and Buddy Killen’s Stockyard in Nashville; was the opening act for George Jones at the Erie County Fair; a featured performer at Niagara, Orleans, Genesee and Chautaqua County Fairs; and has sang the National Anthem at the NYS Agricultural Fairs Convention in Syracuse as well as other festivals. Her song ‘Willin Heart’ received radio airplay throughout WNY and Europe. In the early 90’s DeeAnn was voted the “Best Female Vocalist” by the Buffalo Music Awards two years in a row and in 2016 won “Best Female Blues Vocalist” for Buffalo Night Life Awards. While taking a break to raise her family, from 2006-2015 DeeAnn was a music teacher at St. Stephen’s School on Grand Island. In 2014, she returned to pay homage to her first love of Jazz and Pop, and is now performing with the groups Joyryde & The Hitmen Horns, Joe Baudo Quartet, RiShon Odel’s The 5th Element, The Shadows, and DeeAnn’s Blues & Jazz Band. In 2016, she produced her first full album ‘Desperately Seeking DeeAnn’ and this year released ‘Stay Here’, a six-song collection of jazz and folk classics reminiscent of popular hits from the 1990 to 2000s, which is dedicated to her late brother Frank DiMeo, Jr. DeeAnn’s music can be heard through spotify, ITunes, CD Baby and Amazon Music.