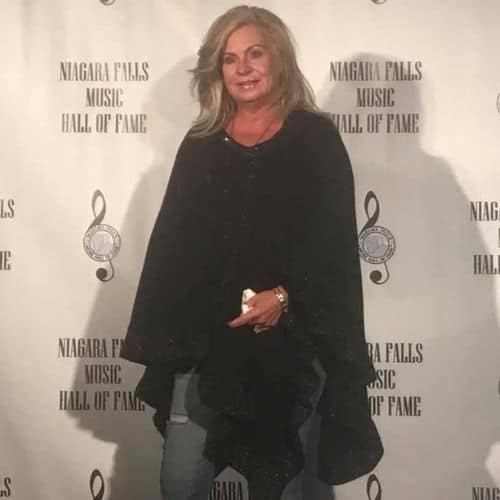 D’Amico Music has been a pillar business in the Niagara Falls community since 1972. Jerry D’Amico opened the first store on Pine Avenue and 19th Street which became the largest musical equipment store in the Niagara region, servicing local, national and international musicians playing in and passing through the area. The store offered all sorts of music, instruments, equipment, and record albums (LPs) with quick-turn-around sales and out-of-town shipments, as well as a place to buy concert tickets.  Before national and online ticket outlets, D’Amico Music was the only ticket venue in the Niagara Falls New York area for many years. Music fans would line up in front and around the block of the store to buy tickets to international touring shows and concerts.  The only other nearby outlets at the time were located in Buffalo. In addition to being a haven for music supplies and ticket sales, D’Amico Music also offered music lessons and was the home of The Brewery Recording Studio. The Brewery started out as a professional 8-track studio then upgraded to 24 channels. With co-owner Rick Catanese, they engineered and recorded commercials, jingles and tracks for many composers and arrangers including notable international artists as Spyro Gyro, Sheila E., Niagara Falls based bands Five in A Row, Broken Silence, and many other local musicians and groups. Since their start, D’Amico Music has been offering lessons in piano, drum, guitar and voice with a countless number of musicians taking or teaching music lessons.  Many Niagara Falls born-and-raised musicians got their starts playing or teaching at D’Amico Music. Some have gone onto becoming successful musicians in Western New York and beyond.  In the 90’s the business moved to the 27th block of Pine Avenue and upon Jerry’s death in 2008, his daughter Ivy inherited the business.  Overcoming her parents’ deaths, a poor economy and growing competition, Ivy D’Amico continues to own and operate the successful music business on the 23rd block of Pine Avenue in Niagara Falls, still offering a variety of music, instruments, accessories and lessons, where she herself is a piano and voice teacher. Over the years, Jerry or Ivy has provided sound reinforcements for City Hall Council Meetings, sound systems in local churches and small theaters. She was instrumental in installing the current sound system at Sal Maglie Stadium, used for both music and sporting events. Ivy is also involved in community events that promote the education of music. She and Niagara Falls native, Ed Roscetti; a world-renowned drummer, composer, author and educator living in Los Angeles, have hosted annual drum clinics for a number of years, enticing future generations of more Niagara Falls’ drummers.  Ivy proudly carries on her father’s dream and the cherished tradition he started.

With great pleasure, we honor and welcome D’Amico Music into the Niagara Falls Music Hall of Fame Class of 2020.