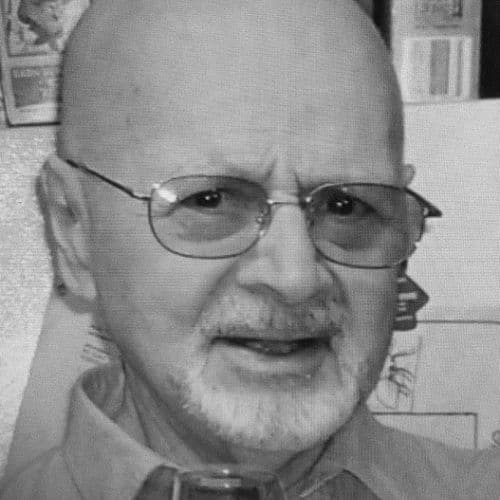 Robert “Bobby” Minicucci was the owner and manager of the popular Ontario House jazz club for over 40 years. Opened during WWII
by his parents Frank and Julia Minicucci, the Ontario House, a local tavern located at 920 Ontario Avenue in Niagara Falls, New York
evolved into “THE JAZZ CLUB”. Also known as the O-H, it was a mecca for jazz musicians and jazz lovers alike. It was the premiere jazz and blues venue where young local musicians honed their craft, learned from the masters and got their professional starts. But mostly the O-H was a soulful place where musicians and music lovers could enjoy the wonders of jazz music and friendships. Legendary names to include Dizzy Gillespie, Jerry Mulligan, Maynard Ferguson and Chuck Mangione visited the O-H when they came through town to hear homegrown talent, and sometimes to
sit in on a session. Local performers, Bobby Jones and Spider Martin†, both members of the NFMusicHOF, became internationally known and like many other renowned musicians, graduated from Niagara Falls’ Ontario House. From the WWII era until it was demolished in 1995, the O-H was considered the touchstone of jazz music with a powerful force that brought an otherwise racially segregated city together to share cultures and good music. Sports celebrities to include many Buffalo Bills players and Niagara University basketball players were regulars during the 1970s.
James Brown, following a gig in Buffalo, brought his entire band to the O-H after hours to “cool down” with some “hot jazz.” A young Johnnie Cash stopped in following his show at the Niagara Falls Convention Center and spent the evening talking to Bobby’s brother Albert. Another NFMusicHOF member Ron Corsaro†, like many other local musicians, moved away to enhance his music career, but often returned to where he began at the Ontario House playing spontaneous jazz. He helped Bobby organize the annual Ontario House Jazz reunions rekindling the music and memories. In 2009, Bobby Minicucci received two “Keep Jazz Alive” awards from the United States Congress and New York State Assembly.

It is a great honor and pleasure to welcome Robert “Bobby” Minicucci as a member of the Niagara Falls Music Hall of Fame Class of 2019.