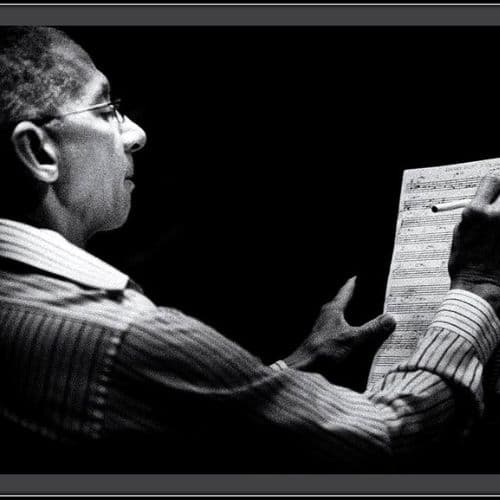 Bobby Jones was born and raised in Niagara Falls New York. He entered “show biz” at the early age of 12, touring with the legendary Sammy Davis Jr. Bobby went on to perform and record with some of the greats in the jazz and entertainment worlds including Paul Anka, Patrick Duffy, Dianne Carroll, Stefan Grappelli, Louis Belson, Lenny White, Dakota Staton, Stephanie Mills, Woody Shaw, Eddie Harris, Donald Byrd, Jeff Jarvis, and Bobby Militello. Bobby Jones toured with the Doc Severinsen Tonight Show Band and finished a fiveyear collaboration with composer and flutist Leslie Burrs on “Vanqui”, an opera commissioned by the Columbus Opera Company (Ohio). He is one of the most respected jazz pianists and arrangers in Western New York and has appeared on countless recordings. Michael Civisca, Mary Stahl, Tom Sartori, Rick Strauss, Dick Baurle and Lance Diamond are just a few of the artists who have utilized his musical talents. In most recent years, Bobby has been musical director for singer Colleen Williams and leader of her band The Bobby Jones Trio and he is an integral member of the Bobby Militello Quartet. In 2004, Bobby was inducted into the Buffalo Music Hall of Fame.

It is with great pleasure to honor him in his home town and welcome Bobby Jones to the Niagara Falls Music Hall of Fame Inaugural Class of 2017.