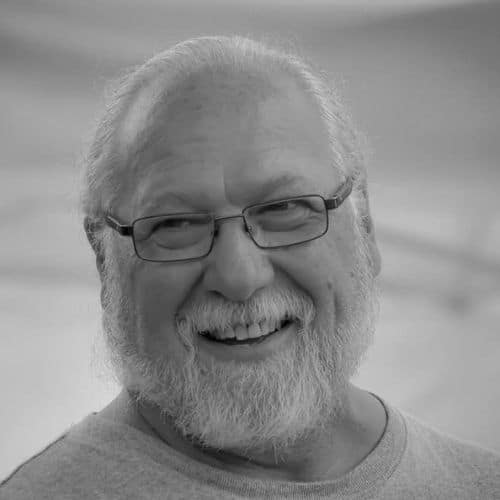 Bob Hillman, has been a go-to soundman and stage production manager in Western New York for over 40 years. As a student at Niagara Falls High school he had roles as an actor, soundman, lights, stage as well as technical director for the drama club. He played clarinet under the teachings of Harold Schotz†, a 2018 NFMusicHOF inductee and also guitar, taught by fellow 2019 Inductee, Ed Supple. In the late 70’s, he worked sound & lights for the legendary Niagara Falls’ bands Zola & Dennison Stars. In 1981, he toured with Spyro Gyra starting as a roadie, drum tech & lights, then became their soundman. In 1981, he was hired as stage manager & guitar tech for QuarterFlash, which he received a Platinum debut album. That same year, he joined the Local 121 Stagehands Union working shows & concerts at Artpark & the Niagara Falls Convention Center. Soon he was asked to work with Clair Brothers Audio, one of the world’s largest sound companies. He started by truck loading, rigging-flying sound, micing bands & occasional monitor mixing. As their sound tech, he toured with Elton John, Kenny Loggins, U2, 38 Special, Police, Journey, Yes & Bruce pringsteen. He became the monitor engineer for Duran Duran & on a second tour added the job of stage manager. Between tours with Clair Brothers, Bob was a tour manager & soundman for the Boston band, The Defluegos & tour manager for a South African band, Juluka. In 1989, he stopped touring to be home. Local 121 then appointed him Union Department Head of Sound at Artpark. Here, he learned to design sound for musicals & operas, while working shows leading up to the Free Tuesday concerts. He consulted on the rebuilds that lead to the now; Tuesday in the Park. From 1998-2004, Bob was the main soundman & production manager at the Tralf Music Hall. In 1997, his board mix of the group Gamelon became his first Producer & Engineer Credited Live Album. He also worked on the installation for sound at Ani DiFranco’s Babeville & Asbury Hall in Buffalo, where he was the soundman & production manager during its first years. Soon Bob was in the Rapids Theater installing sound & became the production/soundman. In 2016, he consulted on the new sound for the Old Falls Street Friday concerts. Bob fully designed & executed the Hard Rock New Years Eve Guitar drop, successfully lowering a 10 foot guitar down 16 stories the side of the Giacomo Building in Niagara Falls. Not only has Bob been a master sound tech & production manager for many music venues, he found time for Lewiston Jazz Festivals, Niagara Falls Blues Festivals & St. John’s Carnivals. Throughout the years he also leased sound & lights for numerous Niagara Falls clubs; The Imperial Garage, The Evening Star Concert Hall, Starz, PM Niagara, The Shark Club and many more. Bob partnered with Rick Catanese to form BOBCAT SOUND, Bob’s trademark. Since 2017, Bob is now the acting soundman for the Buffalo Philharmonic Orchestra at Kleinhans Music Hall.

It is a great pleasure to welcome Bob Hillman as a member of the Niagara Falls Music Hall of Fame Class of 2019.