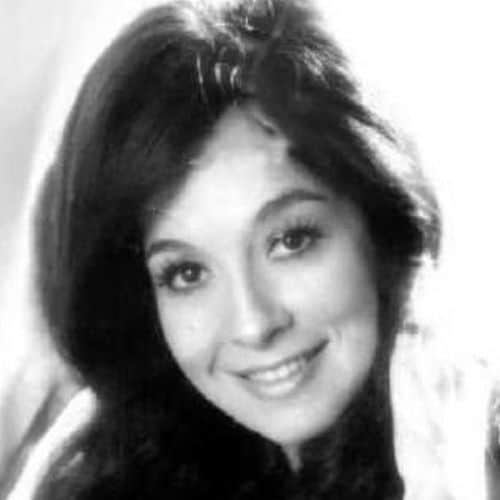 Caroline LoTempio (stage name April Stevens) was recognized at a very young age as an extremely talented singer in her hometown of Niagara Falls New York. With her brother Antonio (Anthony/stage name Nino Tempo), they started out when they were young children singing in their grandmother’s restaurant on Pine Avenue, in many song and dance recitals around town and in talent competitions throughout Western New York. Supported by their mother, they traveled extensively to New York City for auditions and management. Exhausting all possible avenues for a musical future in this area, the LoTempio family moved to Los Angeles in the mid 40’s so that Carol and Anthony could have better opportunities in the world of music. As a teenager, April (Carol) was a member of the popular jazz musician Hoagy Carmichael’s Teenager Chorus. In 1946, she won a singing contest on KLAC Radio in LA. At 15 years old, she was contracted with RCA Victor Records to sing with the Henri Rene Orchestra & Chorus. She sang Cole Porter’s ‘I’m in Love Again’, which is her most popular solo recording, peaking at #6 on the pop chart in 1951. Her follow-up song, ‘Gimme a Little Kiss, Will Ya Huh?’ reached #10 later that summer, followed by ‘And So to Sleep Again’ hit #27 later that year. She and her bother started touring in the 50’s and had television appearances on The Ed Sullivan Show, the Perry Como Show and American Bandstand. April performed all over the world as a solo artist, and also with her brother Nino. They performed with the Beach Boys, the Righteous Brothers, as well as Sonny & Cher. They had steady gigs at Harrah’s in Las Vegas, Reno and Lake Tahoe, The Copacabana in NYC and many clubs throughout England,
Germany, Italy, Holland and Sydney, Australia. In 1959, April signed with Imperial Records and gave the “sex kitten” approach a try, literally with ‘Teach Me Tiger’, a song she co-wrote, complete with a soft but convincingly flirty ‘Wo-wo-wo-wo-wo…’ causing a minor uproar for its sexual suggestiveness. Consequently, it did not receive airplay on many radio stations and was often erroneously accredited to Marilyn Monroe. The song did however peak at #86 on the Billboard Hot 100 List and has a following that’s grown throughout the years and even featured in a few films. April and her brother Nino are best known for their 1963 recording ‘Deep Purple’, a Peter DeRose-Mitchell Parish song that had been a chart topper in 1939 and revived in 1957. However, their version reached #1 on the Hot 100 and #17 on the British charts, won the 1964 Grammy Award for Best Rock and Roll Recording, sold over one million copies, and was awarded a gold disc. April Stevens is an internationally acclaimed singer, who still credits her music roots to her family and hometown. She and Nino will always be remembered as being natives of Niagara Falls New York who “made it” in the music industry. Her autobiography Teach Me Tiger gives detailed accounts of her beginnings and her remarkably extraordinary life; which is obviously too long to mention here on just one page. April and Nino were inducted into the Buffalo Music Hall of Fame in 1999.

We are now thrilled and honored to welcome April Stevens (Caroline LoTempio) as a member of the Niagara Falls Music Hall of Fame, Class of 2019.