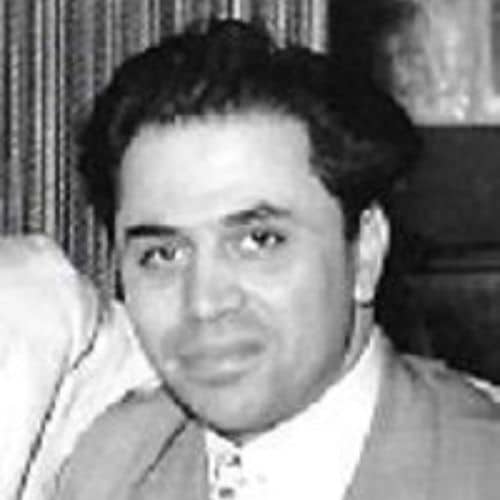 Anthony T. Paonessa, better known as ‘Tone “Saxophone” Paone’ was a life-long resident of Niagara Falls New York. He was best known as being the entertaining club manager of the infamous Stage Door Lounge for over 30 years which was a favorite Niagara Falls hangout in the 50’s and 60’s for many locals as well as celebrated singers and musicians passing through the city on their way to Toronto and New York City. He owned and operated the nightclub with his brother Theodore ‘Teddy’ from 1945 to 1972, drawing in such entertainers as Steve Allen, Buddy Rich, Louie Prima, Steve Lawrence, Edie Gorme, Stan Kenton, Andy Williams, Kiwi Smith, Betty Clooney and April Stevens. As a night club owner, he promoted music,
entertained his customers and made many nationally acclaimed singers and musicians feel very welcomed in our city. Candid photographs of he and his ‘famous’ friends were displayed throughout the club’s walls. Anthony was a member of the Musicians Local Union 106 from 1941 until the day he died. Taught by his father at a very young age, Tony played the saxophone, clarinet and flute well into his seventies. He performed in many local establishments with his band ‘The All Star Orchestra’, in such locations as the Cataract House, Hotel Niagara, Chez Ami, Frolic Restaurant, Red Coach Inn, the Moose Lodge and Artpark. He also played at weddings, corporate events, summer concerts and with many local dance bands. For a
short time, Tony was also employed at Calato’s Drumstick Company from 1980-1982. ‘Tone Paone’ is remembered for not only being a promoter of music throughout the Niagara Falls community but also for entertaining his customers, friends and family whether by playing the saxophone, clarinet or flute and also with his funny antics.

It is with great pleasure to honor Anthony ‘Tone Paone’ Paonessa and his music legacy in the Niagara Falls Music Hall of Fame Class of 2018.