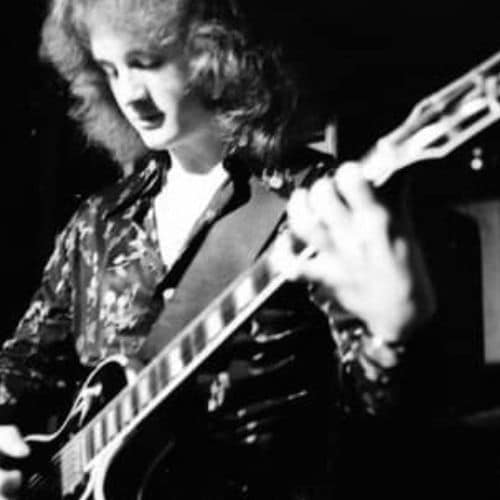 Angelo Pilato, a native of Niagara Falls played guitar and sang in many popular bands coming out of Niagara Falls to include Zola, Bedrock, Aurora, Chassin, The USA Band and The Perry Novak Band. He played and recorded with fellow band mates Perry Novak, Dennis Fura, Marc Perricelli, Chris Critelli, Tony Barone, Bobby Newbury and Frank Geracitano to name a few. In the 1980’s, Chassin was one of the most popular Top 40 bands playing in venues with lines of people waiting at their door, such as The Playboy Club, Three Coins, Canterbury and Poet’s Lounge. Later with the Perry Novak Band, he shared the stage with Dick Clark at the Nabisco 100 Year Celebration and also opened for country star Mark Chestnut at Melody Fair. He recorded music with the USA Band as well as the Perry Novak Band. Some of their music sold in Media Play outlets across Western New York. Angelo also shared his talents by giving guitar lessons. He wrote and recorded his own music where he not only played guitar but also the drums. Some of his music is can be seen and heard on YouTube captured by his good friend and fellow artist Al Ligammari. Another good friend and fellow talented musician, Frank Geracitano says it perfectly “Ang was one of a kind! A dedicated musician that knew his instrument well. A fabulous vocalist with a huge range! He was wonderful to work with and always had his songs learned and ready for rehearsal. A true gentleman and a good friend with heart of gold!